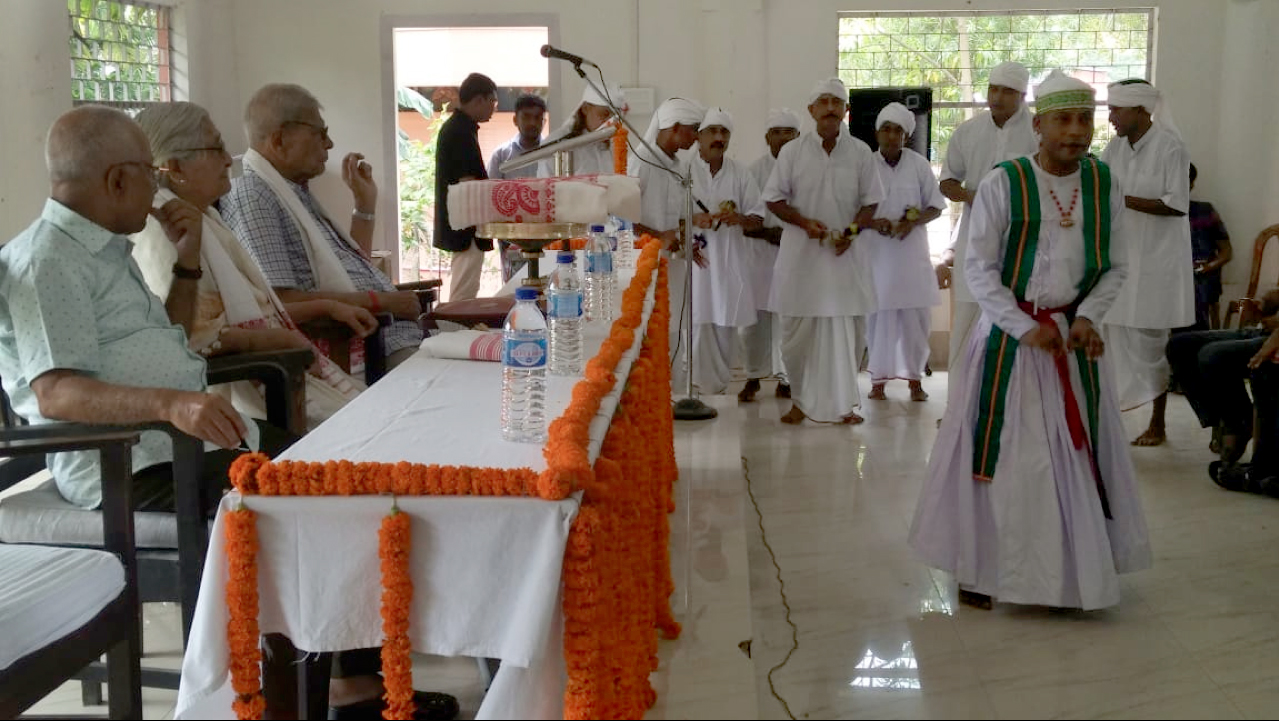 There was another research based book published during the same event by Darrang Sahitya Sabha titled ‘Darrangor Ojapaali’ which was inaugurated by Shri Idrish Ali. This book narrates “Ojapaali” which is the king of Darrang’s cultural heritage. The richness of this particular form of folklore was presented fervently through a performance by the team of Mangaldoi District Jail inmates led by Oja - ArupJyoti Deka accompanied by Satram Nath, Iliyas Purti, Dhrubjyoti Hazarka, Pawan Kumar Nath, Pitambar Nath, Achyut Saharia, Yagya Baruah, Naranath Deka and Gullu Tanti. This team’s performance was facilitated by Shri Kartik Kalita, I/C Superintendent of Mangaldai District Jail; Shri Dharmakanta Kalita, Asst. Jailor; Shri Biswajyoti Bora, Pharmacist; Shri Manoj Sarma, KKHSOU coordinator for Mangaldoi District Jail and Shri Dilip Baishya. Studio Nilima team members were overwhelmed to witness such a grand performance by this group of members, some of whom have been incarcerated for life. It was with the wholehearted support of Dr. Hiranya Kumar Nath that enabled this pool of talented performers to be brought to the notice of the society outside the four walls of the District Jail premises. This is one of the various rehabilitation and re-engaging initiatives undertaken by Mangaldoi District Jail.

The team of Studio Nilima was overwhelmed and appreciated the gesture of Mangaldoi District Jail officials to have whole-heartedly facilitated this interaction with incarcerated members and to exchange their views with the team. Such exchanges help in opening avenues for incarcerated members to mingle with members of the society which otherwise is a distant dream.