Looking to the Future: Democratic Dialogue on Post NRC Scenario in Assam 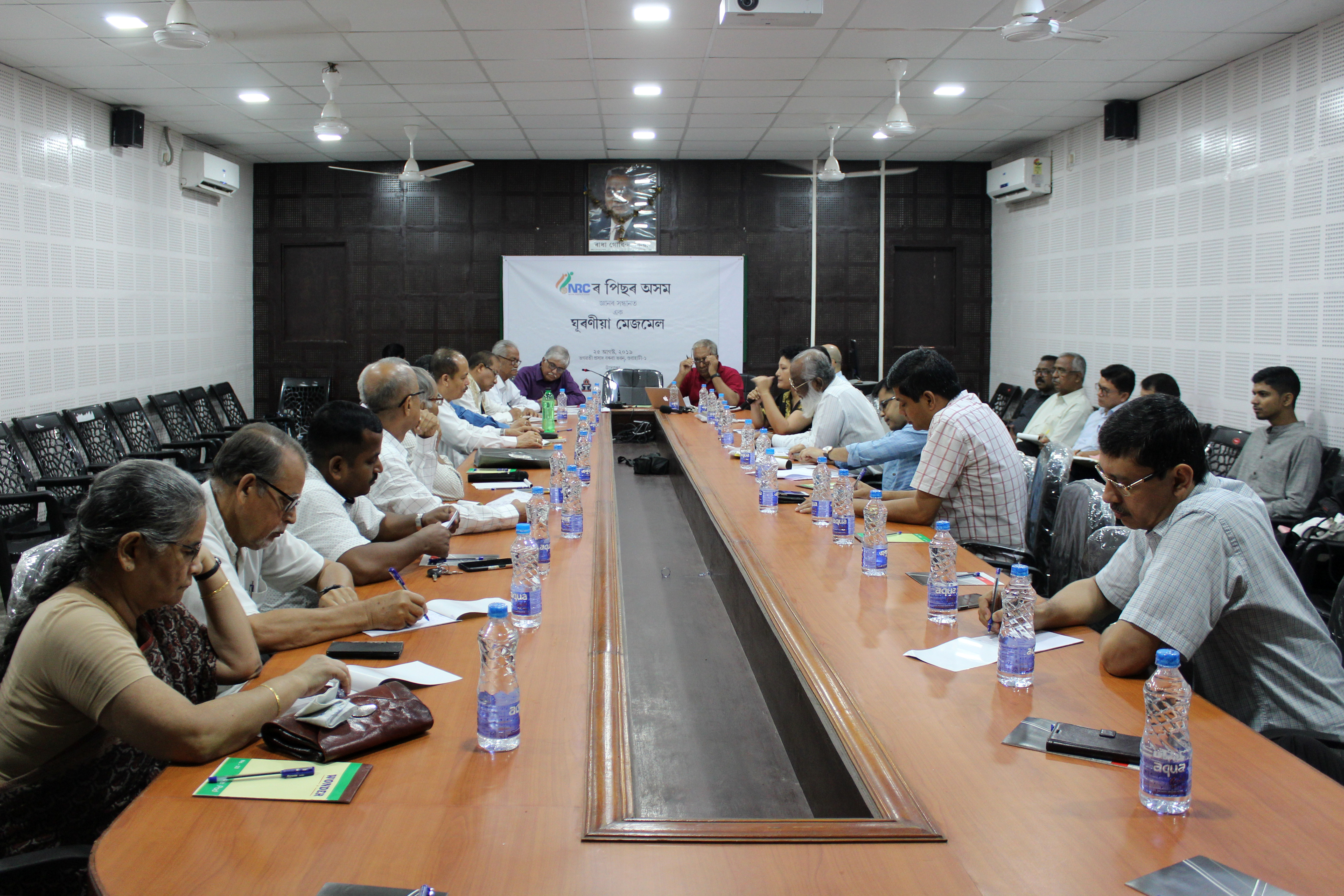 Looking to the Future: Democratic Dialogue on Post NRC Scenario in Assam

On 25th August, 2019, Studio Nilima: Collaborative Network for Research and Capacity Building in a joint initiative with Axom Xahitya Xabha and Nanda Talukdar Foundation organised a democratic dialogue between various civil society stakeholders on the post National Register of Citizens (NRC) scenario in Assam. The roundtable titled “Assam After NRC: Quest for Knowledge” was held at Bhagawati Prasad Barua Bhawan at Guwahati and was attended by 23 stakeholders and experts.

Moderated by Mr. Nilay Dutta, President, Studio Nilima and Mr. Mrinal Talukdar, Secretary, Nanda Talukdar Foundation, the event saw a cross section of unanimous and divergent opinions on issues such as law and order implications after the publication of National Register of Citizens (NRC), detention procedures, rights of the indigenous vis-à-vis rights of the declared foreign national, legal aspects of the laws related to citizenship among others. The meeting also noted the biased portrayal of the Assamese community in the international media and digital news platforms in India and analysed the reasons for this state of affairs.

Noting that the coming days after the publication of the final NRC were crucial for the future of Assam, the meeting resolved to appeal to all sections of the people of Assam to maintain calm and harmony. Groups which have come forward to assist the people who have been left out of the NRC in the appeal process should be welcomed. It also urged the government to take a final decision on the stateless people who will be declared foreigners by the Foreigners Tribunals in the upcoming days as they have the right to live with dignity as per the Constitution of India. Condemning the concerted attempt to portray the Assamese community as communal and xenophobic, the meeting urged the Assamese civil society to increase engagement with the international media to provide a clear and balanced perspective along with inputs based on Assam’s unique context and complexities.